Buddhist And Celtic Love Knots -- Both Symbols Of Infinity

Buddhist love knots and Celtic love knots are both symbols of Infinity. It is usually more common to find the Celtic version used in jewelry and the Buddhist version on ancient and modern pottery, as well as on temple walls, though exceptions do exist. Below is an explanation of the two knot styles as well as examples of jewelry made with the intricate and ancient Celtic design.

A Buddhist love knot, also known as the endless knot, is a closed design that has no beginning or end. If the knot is used in a piece of jewelry, or otherwise incorporated into a gift, and that item given as a gift, it is thought to bind the individuals for eternity. Given that Buddhists believe in reincarnation, that makes perfect sense. The knots are also meant to invoke good karma and harmoniously bring together the secular and religious worlds. These knots run from the simplistic endless knot without any trim, to more stylized versions decorated with lotus blossoms and other greenery. More intricate versions are sometimes found on old Chinese laquerware dishes, some dating back roughly 400 years.

Celtic love knots look remarkably similar to the Buddhist endless knot, but when given as jewelry usually represent love and affection. They are also infinity knots, representing the endlessness of time. When given in marriage, rings with these knots are said to strengthen the bond between the couple.

Diamond love knots use the same infinity knots, but somehow incorporate a diamond or other precious stones into the designs. In Ireland and the United States, it's common to find Celtic knot wedding rings with a polished diamond in the shape of a heart. Good quality emeralds can also be used.

In addition to engagement and wedding rings, love knots are used in a variety of jewelry designs.

Celtic love knots run from the elaborate, almost cover-the-chest designs to those easily hidden beneath a shirt or sweater. On the larger side, the infinity knots run from one over sized chain link to another, creating a perfectly symmetrical love knot that drapes perfectly. The smaller knots could be looped within circles, triangles or even within a Celtic cross. The Celtic cross looks like a regular cross, but a circle covers the middle, entwining all four parts of the cross.

Earrings share similar designs but usually on a smaller scale. Sometimes you'll find large crescent shaped dangling earrings with the knot design etched into the crescent. Matching pendant and earring sets are easy to come across in Ireland and in other parts of the world with local Irish populations, including the United States. 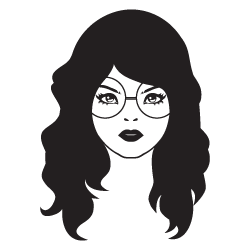 Hi there. My name is Iona. Welcome to my site. I would like to talk to you about precious metals and gems. These components are key when making a perfect piece of jewelry. I want to cover natural and lab created stones used in traditional and modern jewelry settings. I will talk about the mining, production and shaping processes used throughout the jewelry making process. I will also share my knowledge about precious metals used to create jewelry links, chains, posts and other components. I hope you will visit my site often to learn all you can about this exciting subject.